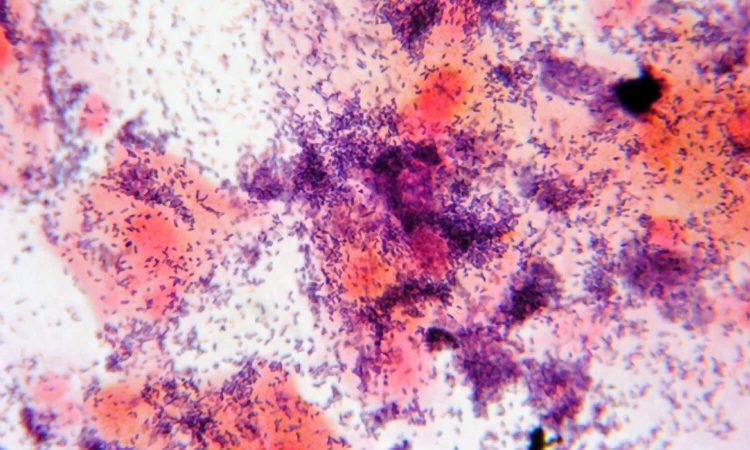 Urinary tract infections (UTIs) are quite common in females. Instead of a linear mechanism of infection, there seems to be a strong influence of the microbiota on the process, which we will explore in this article.

Before the widespread use of DNA amplification techniques and microorganisms characterization, microbiology was based exclusively on identifying of infectious agents by direct visualization or culture. In the specific case of UTIs, the presence of symptoms associated with the isolation of pathogenic bacteria in the urine culture confirms the diagnosis. Ideally, the clinician can then pick the correct antibiotic according to the bacteria sensitivities. This has been the paradigm of Infectious Diseases, which has saved many lives and should not be discarded at all.

However, as we learn more about the bacteria that inhabit our bodies, we realize that the vast majority of them “work” in our favor (symbiotic  relationship). Hence all the enthusiasm for scientific research around the microbiota. The main reservoir of bacteria in the body is present in the intestine, but other places, such as the lungs, oropharynx, and vagina, are also important and have different characteristics. The future of medicine will be to promote the balance of the several ecosystems in the body, instead of resorting only to  antibiotics to eliminate pathogens. We will explore how symbiotic agents can make the terrain less favorable for pathogenic species.

How frequent are UTIs?

The bladder is one of the most frequent infection sites in the human body, especially in women, for anatomical reasons. Between 50-60% of adult women have at least one UTI during their lifetime (1). About 1% of the world’s female population (70 million women) suffer more than six UTIs per year, which significantly affects their quality of life and leads to multiple antibiotics courses.

What is the cause of UTI in women?

The prevailing theory is based on the colonization of the vaginal opening (orifice) by bacteria from the fecal flora (Escherichia coli, Klebsiella pneumoniae, etc.). These bacteria can then ascend through the urethra, reaching the bladder. Women have a much shorter urethra, which makes this movement easier. Usually, the infection is limited to the bladder, but it can sometimes reach the kidney, causing a more severe situation (pyelonephritis). 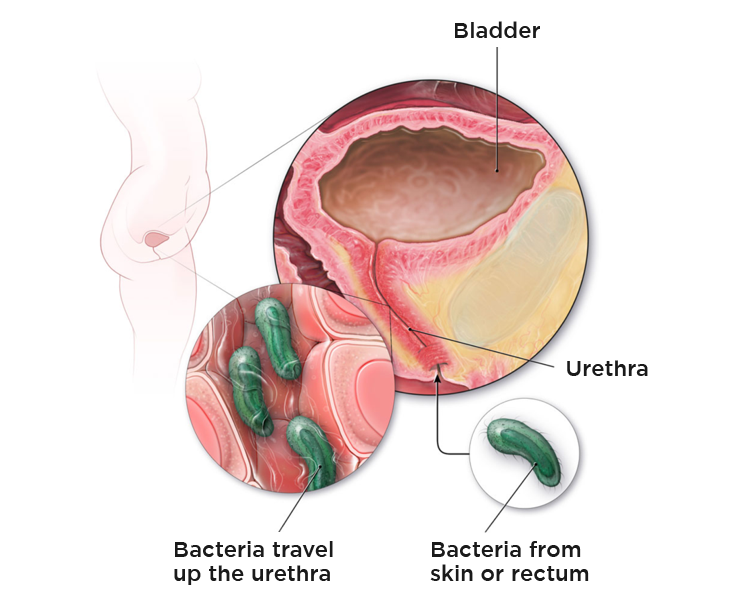 Fig. 1 – Vaginal colonization and ascension of bacteria through the urethra, causing UTIs.

Recently, the urinary microbiota has also been the subject of study, and it was found that urine is not sterile, even in the absence of infection. There seems to be a convergence of different types of microbiota – intestinal, vaginal, and urinary – in the bladder, conditioning the possible development of infections. (2)

What do we know about the vaginal microbiota?

Unlike the intestinal microbiota, where the diversity of bacteria is a sign of a healthy ecosystem, in the vagina the situation is different. A healthy vaginal ecosystem is composed of more than 90% of bacteria belonging to the Lactobacillus genus. Within the genus, the species Lactobacillus crispatus is the most beneficial. The greater the diversity of bacteria in the vagina, the greater the tendency for imbalance and the development of several infections. (3, 4) This is the case of bacterial vaginosis, where there is a decrease in Lactobacilli, and an increase in the population of Gardnerella vaginalis and other anaerobic bacteria (they do not survive in the presence of oxygen).

What is the role of Lactobacillus in preventing UTI?

Lactobacilli promote a healthy vaginal environment and decrease UTIs through the following mechanisms: (5)

Why does the frequency of UTI increase after menopause?

After menopause, estrogen levels drop significantly, which causes changes in the vaginal environment:

This association was evident in a study that included 463 postmenopausal women. In this study, women who had received hormone replacement therapy (with estrogen) within the previous year had higher levels of Lactobacilli and, conversely, less vaginal colonization with Escherichia coli. (6) 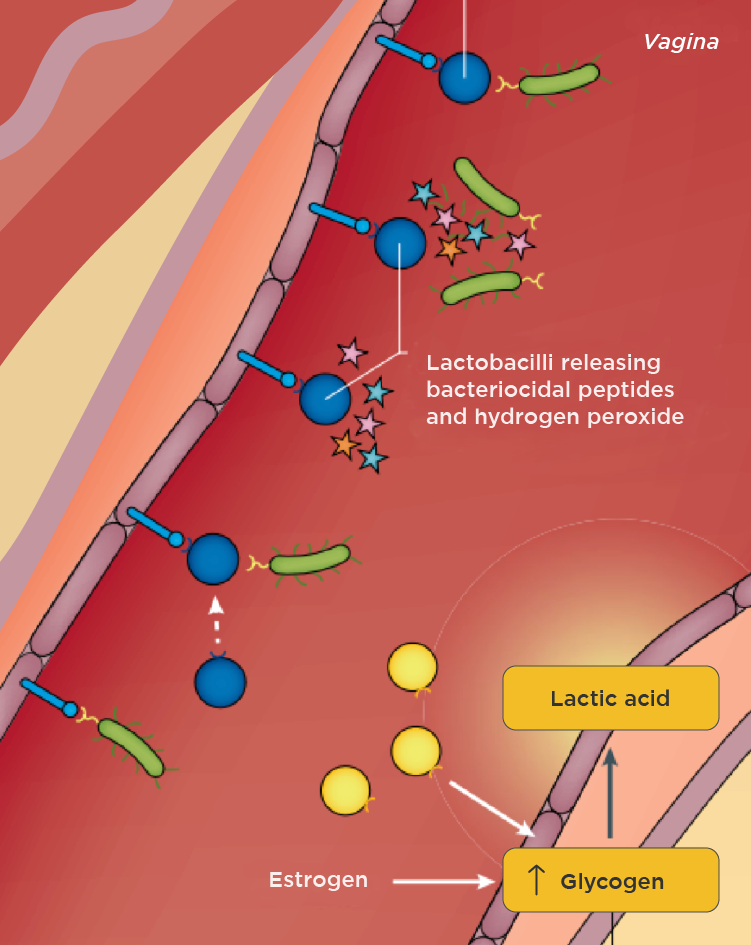 What alternative treatment are available?

The use of antibiotics is often necessary to control UTIs. However, the recurrent use of antibiotics promotes the appearance of resistant bacterial strains and damages the microbiota in the intestines and other sites. The increase in the frequency of UTIs in women after taking antibiotics has been well documented. (8) Therefore, we can see how many women fall into a vicious circle of urinary infections and courses of antibiotics.

As alternative or complementary treatments for microbiota balancing, we can list the following:

UTIs, especially when recurrent, are more complex than we might initially think. An integrative approach geared at restoring the balance between the patient and her microbiota is more likely to succeed. In fact, this will surely be the answer to many of the contemporary diseases.