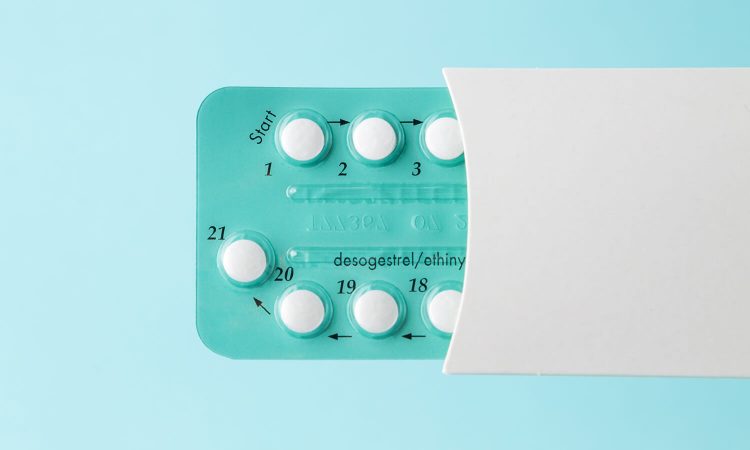 The Dangers of Hormonal Contraceptives

Hormonal methods of contraception are very popular, and it is estimated that they are used by up to 40% of women of childbearing age. However, this use can cause multiple adverse effects, which will be explored in this article.

Hormonal contraception was introduced in the 1960s and has since gained popularity, being the preferred method. This type of medication ensures a continuous delivery of artificial steroid hormones, which through a negative feedback mechanism, suppresses the release of gonadotropins (messenger chemicals that stimulate the production of sex hormones by the ovaries), and prevents ovulation. Consequently, women stop having ovulatory cycles, and the monthly bleeding is only due to hormone withdrawal analogs, and should not be considered actual menstruation.

What are the hormonal methods of contraception?

There are several methods of hormonal contraception, not exclusively oral. The different categories are as follows:

What all these methods have in common is the administration of artificial sex hormone derivatives, whose chemical structure and function are not exactly similar to the estrogen and progesterone produced by women during a regular menstrual cycle.

What are the hormonal methods of contraception used for?

The main indication for these drugs is, in fact, contraception, and their effectiveness in this context is unquestionable.

However, there are several other clinical situations in which hormonal methods of contraception are used, such as the following:

Fig. 1 – Bidirectional communication between the pituitary gland and the ovaries is interrupted by hormonal contraceptives, which results in the absence of endogenous sex hormone (estrogen and progesterone) production by the woman.

What, then, are the main risks of hormonal contraception?

Combined pills increase the risk of thromboembolism by 3 to 6 times, depending on the progestin used. Non-oral combined methods (patch and vaginal ring) have a more pronounced effect, increasing the risk 6 to 8 times.

Non-estrogen methods (progestogen pill, IUD, and implant) do not lead to an increased risk of venous thromboembolism.

From a practical standpoint, the incidence of venous thromboembolism in a 20-year-old woman can increase from 1 in 10,000 women each year to 6 to 8, depending on the method of contraception used. In absolute numbers, this risk does not appear to be important, but if we add the presence of other risk factors, it can become significant.

The incidence of major arterial thrombotic phenomena (stroke and acute myocardial infarction) increases dramatically with age. In 10,000 women aged 45-49, 6.4 will have one stroke and 3.8 one myocardial infarction (MI) per year. Thus, for a woman over 35, arterial thromboembolic phenomena are more common than venous and are also more clinically severe.

The combined pill increases the risk of arterial thromboembolism by 1.5 to 2.2 times compared to women who do not take hormonal contraception. Non-oral combined methods (vaginal ring and patch) increase the risk between 2.5 and 3.2 times.

In turn, estrogen-free hormonal contraception (IUD and implant) methods do not confer any additional risk of arterial thromboembolism.

About 30% of cancers in women are in the breast, and only lung cancer is responsible for more deaths related to malignancy.

A Danish study published in the prestigious New England Journal of Medicine, in which 1.8 million women were followed for an average of 11 years, showed that women taking hormonal contraception had a 20% higher risk of getting breast cancer. This risk increased with the duration of contraceptive use and was 38% higher in women who used these drugs for more than 10 years.

In this study, the levonorgestrel IUD also led to a 20% increase in the incidence of breast cancer.

In absolute terms, the increase in cases of breast cancer diagnosed was 13 per 100,000 person-years, corresponding to 1 new diagnosis per 7690 women using hormonal contraception, per year.

The effect of sex hormones on mood is well documented. Progestogens have a direct action on neurotransmitter receptors and levels such as GABA and serotonin.

Since depression is a very prevalent condition affecting about 5% of the female population, this increase in relative risk associated with hormonal contraception will have a more significant impact in absolute numbers.

Fig. 2 – Graphs are representing the frequency of antidepressant use (A) and diagnoses of clinical depression (B) associated with hormonal contraceptive use. In both cases, there was a peak incidence at 3 to 6 months after the start of the medication.

In line with the association between hormonal contraception and the risk of depression, there is evidence that this category of drugs may also influence suicide attempts. This was the conclusion of a study, also Danish (in Denmark has an extensive database on the health of its inhabitants, which allows for in-depth population analysis), in which 475,000 women aged 15-33 were followed for an average of 8 years. Women using hormonal contraception were reported to have had twice as many suicide attempts and three times as more suicides.

This is very relevant, as the pill is often started in adolescence and can severely affect women’s psychological health.

Other adverse effects associated with hormonal contraception include decreased libido, a slight increase in blood pressure, hair loss, and possibly changes in bone mineralization. All of these factors must be taken into consideration when prescribing one of these drugs. Despite having great therapeutic utility, the contraceptive pill is not a harmless medication and should not be viewed as such.