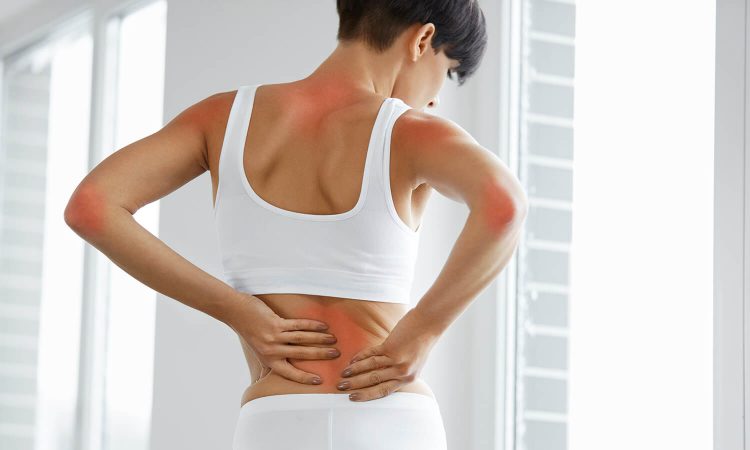 The Use of LDN in Fibromyalgia

Fibromyalgia is a very complex disease that involves multiple organ systems and has a prevalence of about 3%, affecting mainly women. Symptoms may be disabling and include the following: musculoskeletal pain, chronic fatigue, cognitive disorders, headache, paresthesias, among others.

The cause of fibromyalgia is still unknown. It was initially thought to be a problem of muscle fibers, but the currently accepted theory is that it results from a disturbance in the perception and processing of painful stimuli at the level of the central nervous system. Patients with fibromyalgia are therefore more likely to experience pain. The involvement of the immune system in the pathogenesis of fibromyalgia is not consensual, but a percentage of patients shows signs of inflammation and dysregulation of the immune system.

In the conventional pharmacological approach, the therapeutic options available for fibromyalgia include some anti-depressants, anti-epileptics and analgesics. Individualized exercise plans are also recommended to prevent muscle atrophy that can further aggravate symptoms. However, for many patients this approach does not result in a significant improvement of symptoms.

Naltrexone is a substance chemically related to the morphine (opioid) family, that was discovered in 1965. Naltrexone acts as a competitive antagonist of opioid receptors (especially mu receptors). At normal doses (50-100 mg / day), the blockade of these receptors is permanent and its activation is prevented, which explains the usefulness of naltrexone in the treatment of alcoholism and opioid dependence.

Recently, low-dose naltrexone (LDN) has been studied for its immunomodulatory properties in conditions such as multiple sclerosis, inflammatory bowel disease and fibromyalgia.

How does LDN work?

At low doses (1-5mg / day), naltrexone only exerts a temporary blockade of opioid receptors, which results in increased production of endorphins (endogenous opioids) through a feedback mechanism. The body interprets the temporary blockade of the opioid receptors as a reduction in the blood concentration of endorphins and reacts by producing more. This upregulation of the endogenous opioid system has beneficial effects on the immune system and also promotes analgesia.

Another mechanism of action of LDN consists on the blockade of TLR4 receptors (Toll-like receptor 4), present in astrocytes and microglia cells, which are components of the central nervous system. The blockade of these TLR4 receptors leads to decreased production of inflammatory cytokines, such as IL-1 and TNF-α.

This ability to modulate the immune response and act as an analgesic and anti-inflammatory in the central nervous system explains the potential utility of LDN in fibromyalgia.

What is the scientific evidence of the efficacy of LDN in fibromyalgia?

There are some studies that have documented a beneficial effect of LDN in the amelioration of fibromyalgia symptoms. The following can be highlighted:

– a randomized, double-blind, placebo-controlled study with a sample of 31 patients. After 20 weeks there were improvements in  pain, mood and satisfaction with life in patients treated with LDN, when compared to the placebo group.

– open label study with 25 patients who used LDN for 12 weeks. At the end of the study, half of the patients had symptom improvement greater than 40%.

– single-blind study with 8 patients (all women) who received LDN for 8 weeks. At the end of the 8 study there was a 15% reduction of pain and a decrease in the levels of some inflammatory cytokines (IL-1, IL-2, IL-6, IFN-alpha, TNF-α, etc.).

These studies have rather small samples and larger trials are needed before clear conclusions can be drawn regarding the efficacy of LDN in fibromyalgia.

Does LDN have any side effects?

Yes. Although very well tolerated by most patients, this medication can have side effects, such as insomnia and gastrointestinal disorders. Insomnia is the most frequently reported side effect and it tends to improve with the course of therapy.

Regardless of the condition, the approach of functional medicine is to treat the patient in an individualized way. Thus, we investigate the various systems that may be functioning poorly and seek their optimization, and then re-evaluate the symptoms. In the specific case of fibromyalgia, special attention is given to diet, lifestyle, gastrointestinal health, hormonal balance and methylation deficiencies. LDN may be a useful tool for symptomatic relief, in conjunction with other drugs, but should not replace a thorough and profound examination of the patient’s whole system.

Patten DK, Schultz BG, Berlau DJ. The Safety and Efficacy of Low-Dose Naltrexone in the Management of Chronic Pain and Inflammation in Multiple Sclerosis, Fibromyalgia, Crohn’s Disease, and Other Chronic Pain Disorders. Pharmacotherapy. 2018;38(3):382-389

I live in the US and have used LDN for the past 14 years primarily for the treatment of MS. The MS has been in remission for Al of those years.

Great to hear that!