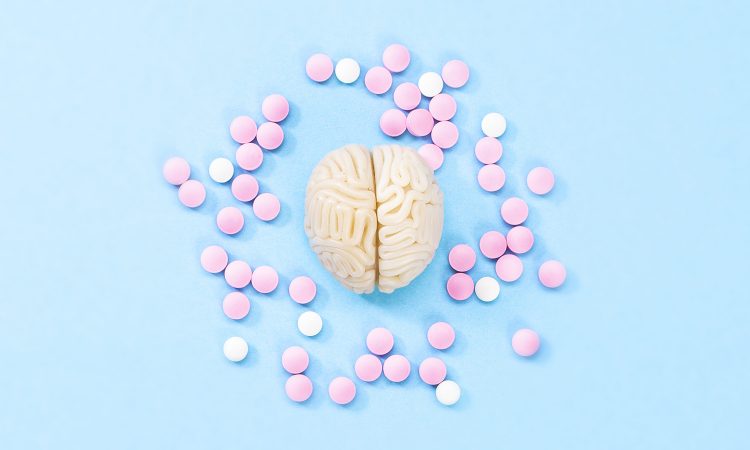 All pharmaceutical agents (and many of the nutraceuticals and herbal medicine products) have potential adverse effects. It is up to the clinician to inform patients about them to allow an informed decision. These are often difficult decisions because there are inherent advantages and disadvantages to using a given drug.

How do statins work?

In the 1980s, lovastatin was the first statin to be marketed, starting a new era in the treatment of cardiovascular disease. These drugs inhibit a key enzyme in cholesterol synthesis – HMG-CoA-Reductase. In this way, statins decrease the production of cholesterol at the cellular level, which reduces the amount of cholesterol that circulates in the blood within the lipoproteins (plasma proteins that have the function of transporting lipids in the blood). Assuming that high concentrations of lipoproteins in the blood (particularly LDL – Low Density Lipoproteins) contribute to increased risk of atherosclerosis, statins are a powerful ally in the treatment and prevention of these diseases. 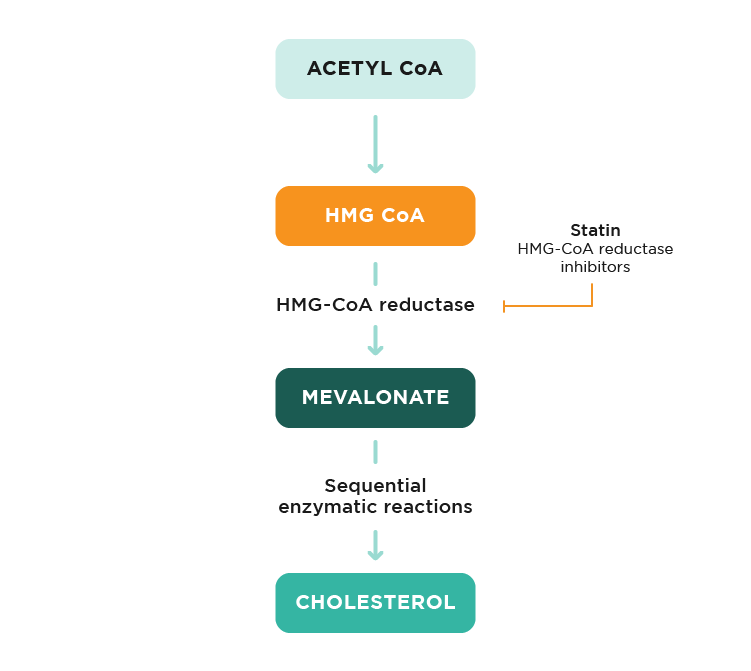 Fig. 1 – Biochemical pathway of cholesterol synthesis. HMG-CoA reductase is the rate-limiting enzyme and the target of statins.

What are the better-known side effects of statins?

Aside from nonspecific reactions, such as digestive problems, headaches, and insomnia, patients report with some frequency (5-10%, according to estimates) the development of muscle pain as a side effect of statins. In more severe cases, there may even be rhabdomyolysis (destruction of muscle tissue). The mechanism behind these myalgias is not fully understood, but it is thought that it may be related to a coenzyme Q10 deficiency. Indeed, coenzyme Q10 is produced from mevalonate, so statins also interfere with their concentrations at the cellular level. Coenzyme Q10 plays a fundamental role in the production of energy in cells, specifically in the mitochondria, and it also protects against oxidative stress.

Can statins cause cognitive side effects?

This topic is not consensual in the scientific community, and there are studies with different results. However, the clinical suspicion is relatively high, and the FDA (American agency that controls the safety of pharmaceuticals) has included a warning regarding the possibility of cognitive side effects (loss of memory, confusion, etc.) from the use of statins in 2016 (1). A 2019 literature review analyzed the studies published between 1992 and 2018, which looked at the possible relationship between statins and cognitive decline (2). The findings were inconsistent, with some studies suggesting a positive association, while others did not. However, the authors of the review highlight the use of unreliable cognitive assessment tests in most studies, which may have underestimated the potential adverse effects. When there are adverse cognitive effects, these tend to reverse after statin interruption.

How can statins interfere with cognitive function?

In the same review, the authors propose two interesting mechanisms to explain the potential effect of statins on the cognitive level: 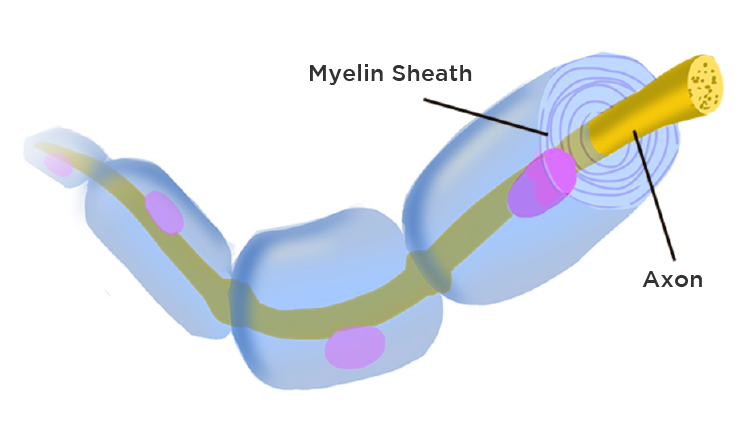 Fig. 2 – Axons are the longest part of neurons, and enable the communication and transmission of nerve impulses. The myelin sheath is a layer of fat that protects and insulates the neuronal circuit.

Is all cholesterol bad?

In addition to being an integral part of the myelin sheaths, cholesterol performs many essential functions in the body, and it does not exist solely to get deposited on the artery walls and cause cardiovascular disease. There is a current trend in Cardiology, which defends that LDL cholesterol (the class of lipoproteins commonly called “bad cholesterol”) should be as low as possible, mostly when cardiovascular disease already exists. While this theory may be correct from a cardiovascular standpoint, we must not forget all the physiological processes in which cholesterol participates, such as:

Statins are a class of drugs with a great therapeutic utility in cardiovascular disease. However, due to their interference in the synthesis of cholesterol and other compounds, such as coenzyme Q10, they carry potential adverse effects at different levels. Cognitive decline can be difficult to assess, particularly in the elderly population, and it is essential to have some degree of clinical suspicion to detect them.