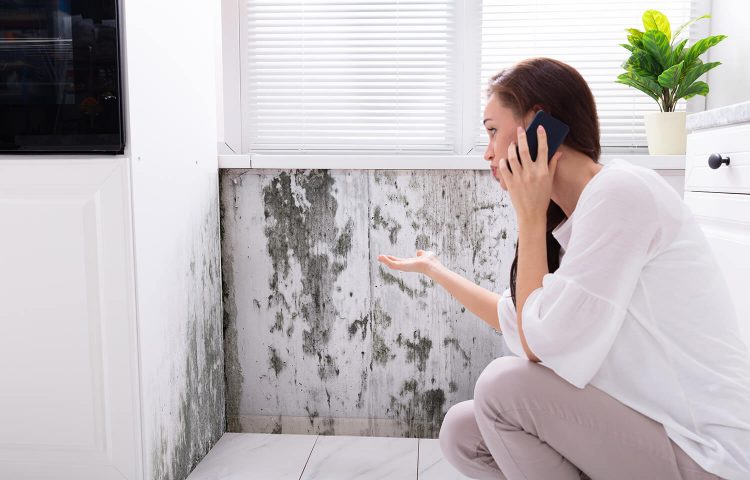 The Hidden Danger of Mycotoxins

The pathogenic potential of mycotoxins (toxins produced by fungi) is increasingly recognized in the scientific literature, justifying a greater degree of awareness, especially in patients with chronic diseases of unknown origin.

Mold is often regarded as an inert substance with only cosmetic implications. However, in reality, mold represents populations of fungi that produce toxins to defend themselves from the surrounding environment. The carcinogenic potential of aflatoxins (mycotoxins produced by fungi of the genus Aspergillus) when ingested in contaminated food has long been documented. But the danger of mycotoxins goes beyond direct ingestion.

How can mycotoxins cause problems?

Mycotoxins can cause considerable damage to the human body, with ochratoxins, aflatoxins, trichothecenes and gliotoxins being the most pathogenic. It is a question of dose, route of exposure, but also of genetic susceptibility. According to the work of Dr. Richie Shoemaker, a pioneer in this field in the USA, it is estimated that about 25% of the population has certain types of HLA (human leukocyte antigen) that makes them especially vulnerable to mycotoxins. The genes of the HLA system encode proteins that recognize antigens and present them to the immune system, allowing a reaction and consequent removal of the antigens from circulation. Genetically susceptible individuals have a lower ability to recognize mycotoxins, allowing them to accumulate in the body, where they can have direct cell toxicity and incite an inflammatory cytokine cascade response.

Fig. 1 – The inhalation route is the main entry point of mycotoxins in the body.

What are the symptoms of exposure?

The symptoms may be unspecific and may affect multiple organ systems, and include the following:

– Respiratory symptoms – due to the inhalation of mycotoxins. Manifestations of airway hyperreactivity, such as asthma, rhinitis, sinusitis and chronic cough, are common in cases of mold sensitivity. This is not an IgE (the immunoglobulins normally associated with respiratory allergies) mediated allergic reaction and can not be diagnosed with common allergy tests.

– Musculoskeletal symptoms – muscle and joint pain, and extreme fatigue. These are manifestations similar to fibromyalgia and chronic fatigue syndrome, and derive from the systemic inflammatory response with release of cytokines, such as TGF-β1. A study in 112 patients with chronic fatigue syndrome demonstrated the presence of mycotoxins in the urine of 104 of the patients, in contrast to the absence of positive results in the 55 asymptomatic persons of the control group.

– Gastrointestinal symptoms – abdominal pain, food intolerances, diarrhea, etc. There is even one case in the medical literature that describes a case of refractory ulcerative colitis that entered remission after mold avoidance and adequate removal of mycotoxins from the body.

How to make a diagnosis?

This is a relatively recent clinical entity and there are no specific diagnostic guidelines yet. However, the following factors should be taken into account when this disease is suspected:

1. Evidence of exposure to mycotoxins – even when mold is not visible to the naked eye, specific tests are required to detect the presence of mycotoxins and fungal spores in the air.

2. Symptoms consistent with the pathology – there are validated questionnaires that help to guide the diagnosis.

3. Identification of a genetic predisposition in the HLA system -specifically HLA-DR and DQ.

4. Presence of neurological toxicity – the visual contrast sensitivity (VCS) test is a simple way to identify mycotoxin neuronal injury. This test that can be done online and has a 90% sensitivity in the detection mycotoxin of exposure. The theory is that mycotoxins produce damage to the optic nerve and decrease the ability to discern visual contrasts.

5. Inflammatory biomarkers – resulting from the activation of an inflammatory cascade in the body. Markers such as TGF-β1, MMP-9, MSH, C4a, VIP, ADH and VEGF may be altered and their determination is useful in the diagnosis and treatment monitoring.

How is this condition treated?

The treatment can be quite complicated in these patients, since their immune system is highly reactive and the mobilization of toxins can worsen the symptoms.

The initial step is the immediate removal of the exposure, which implies a meticulous remediation process. Until then the patient should completely avoid moldy environments.

Unfortunately, antigen removal is not enough for some patients, since the mycotoxins are already lodged in the organisms, and a detoxification process is necessary. For this purpose, substances with the ability to bind the toxins and promote their excretion, such as cholestyramine, are used. In parallel, it is necessary to strengthen the organism with the use of specific nutrients and antioxidants.

Mycotoxin sensitivity is a real entity that can have devastating effects on the lives of genetically susceptible individuals. In an era in which genome research is exhaustive, it needs to be acknowledged that we all have an unique matrix and some of us exhibit certain “weaknesses.” It is important not to ignore the possibility of exposure to toxic substances in the environment and incorporate them into a model of individualized medicine.

1. Hope J. A Review of the Mechanism of Injury and Treatment Approaches for Illness Resulting from Exposure to Water-Damaged Buildings, Mold, and Mycotoxins. The Scientific World Journal. 2013; 2013:6-10.