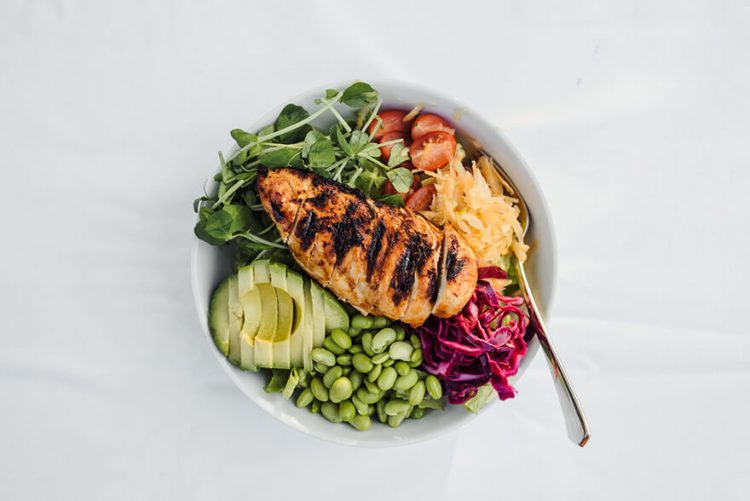 Nowadays there is an intense debate about the most effective weight loss strategy. On one side, the low carbohydrate diet fans attribute the obesity epidemic to carbohydrate consumption. In opposition, the low fat advocates, establish a direct association between fat intake and fat deposition in our bodies.

Earlier this year, a group of researchers of the Stanford University published a study on this topic, called DIETFITS (“Dietary Intervention Examining The Factors Interacting with Treatment Success). In this study, 609 overweight people were randomized to two different groups and followed different diets for 12 months: a low carb diet (LC) vs. a low fat diet (LF).

The initial cohort had an average age of 40 years old, average BMI of 33 and was composed of 57% women.

There were multiple instructional sessions led by nutritionists and educators that assisted on diet implementation. The team of researchers was extremely careful in recommending healthy diet principles for both groups. Consumption of vegetables was encouraged, in detriment of refined grains, industrial seed oils and processed foods.

There was no statistically significant difference in weight loss between the 2 groups:

There are several other important points, worth mentioning, in this study:

Due to its large sample size, this study is an important reference in the field of nutrition and obesity. We can conclude that a “miraculous” approach to weight loss, that works for everyone, doesn’t seem to exist. Each person should experiment and find the pattern that better suits their genetic heritage. For the majority of people, food quality is, probably, more important than macronutrient ratios, and they should avoid processed foods, with high caloric density and low nutritional value.