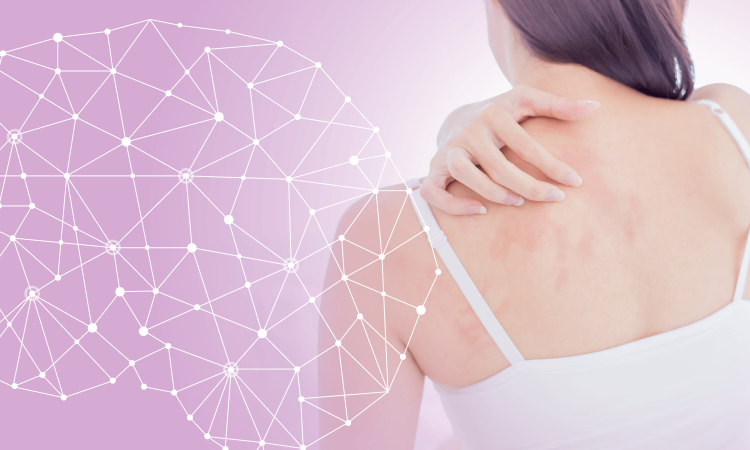 This is the case of a 39-year-old patient who presented with digestive and dermatological complaints. There was a clear mind-body connection in the unfolding of this disease process.

L.C. had moved to Portugal after living in Italy for a few years. About a year earlier, she developed perianal dermatitis (a rash on her groins and buttocks), characterized by discomfort and severe itching. In parallel, she had digestive symptoms, with abdominal distention after meals.

In L.C.’s opinion, there was a clear association with diet. In the past, she had suffered from eczema, which improved significantly after changing her diet (transition from a purely vegetarian diet to a more nutritionally balanced diet with a low inflammatory potential).

During the first consultation, the possible association between the digestive symptoms and the skin rash became clear. L.C. had already lived in 17 different countries and experienced several episodes of infectious gastroenteritis. Perhaps she had developed an imbalance of the intestinal flora, which could now contribute to an immune system dysregulation and cutaneous hyperreactivity.

It wasn’t possible to order a complete microbiota test, so empirical therapy was started with an anti-inflammatory and easy to digest diet, in association with some botanical agents with antimicrobial activity. The goal was to decrease inflammation in the gut, optimizing the absorption of nutrients and minimizing the stimulation of the immune system. At the same time, we tried to balance the microbiota and treat an eventual overgrowth of potentially pathogenic bacteria or yeast.

There was a positive response after treatment, but of short duration, as the symptoms returned. A few months later, during a follow-up appointment, the patient reported a complete and sudden remission of the symptoms. L.C. had been in a litigious divorce for several years, and the day after that process ended, her troublesome rash disappeared without a trace. She hadn’t been treated in a respectful way throughout the whole process, and in her own words: “I was extremely upset and there was a fire inside my which was manifesting in my skin.” To date, there hasn’t been any recurrence.

This is an illustrative case of the complexity and subtlety of the human body. Sometimes, the symptoms have a much less linear and logical origin than what we learn in the pathophysiology textbooks. It is essential to consider the patient’s psychological and emotional state in the complete clinical assessment. It isn’t an easy task as, sometimes, the conflicts are mostly unconscious and difficult to identify. This is the future of medicine with an increasingly comprehensive, and less compartmentalized approach.